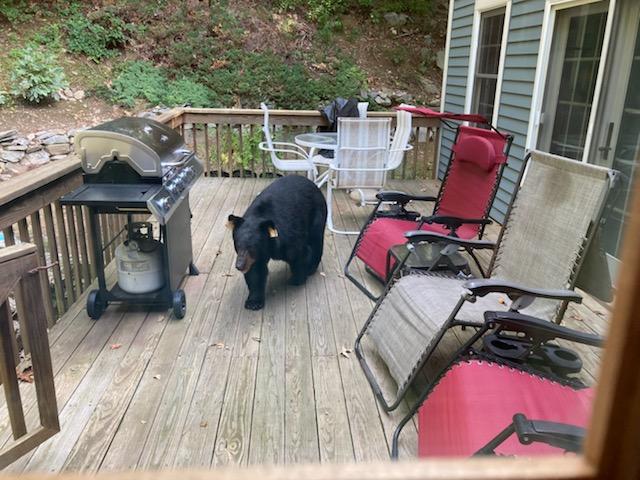 The momma bear, known as Bobbi, was a local celebrity of sorts, even having her own social media presence.  The shooting incident, under investigation by state conservation authorities, left her two cubs under the care of local wildlife official as local advocates and leaders negotiated on behalf of rescuing the two young cubs, contrary to the initial direction from CT Department of Energy and Environmental Protection (DEEP), to “let nature take its course”, leaving the cubs in their habitat.

As DEEP, the Humane Society, local residents and Newtown authorities remained in the area to observe the cubs, they were located Sunday night by rehabbers that were asked not to interfere by DEEP officials.

At the insistence of my legislative colleagues in the Animal Advocacy Caucus, Co-Chairs State Reps. Nicole Klarides-Ditria and David Michel and other members Reps. Anne Hughes and Allie-Brennan, who visited the location and urged DEEP to consider rehabilitation for Bobbi’s defenseless cubs, we convinced DEEP to assist in capturing the bears in the midst humane way possible.  Using a diversionary feeding method, the cubs were coaxed out of the tree in which they were perched and trapped before being sedated to ready them for transfer.

The cubs were then brought to Session Woods Wildlife Management facility in Burlington. They spent the night and have subsequently been moved to Kilham Bear Center in New Hampshire.

Rep. Bolinsky stated, “I want to thank DEEP for seeing this our way and shout out my legislative colleagues, State Representatives David Michel,  Nicole Klarides-Ditria, Raghib Allie-Brennan and Anne Hughes, State Representative for their caring intervention and the pressure they put on DEEP to rescue, not abandon the cubs.  Thanks also to several animal advocacy groups for helping locate the cubs and being amazing advocates. And thank you to all the neighbors who rallied together in support, as well as Newtown Police and First Selectman Dan Rosenthal for having us all come together as a community, to take the most humane path forward for Bobbi’s cubs.”