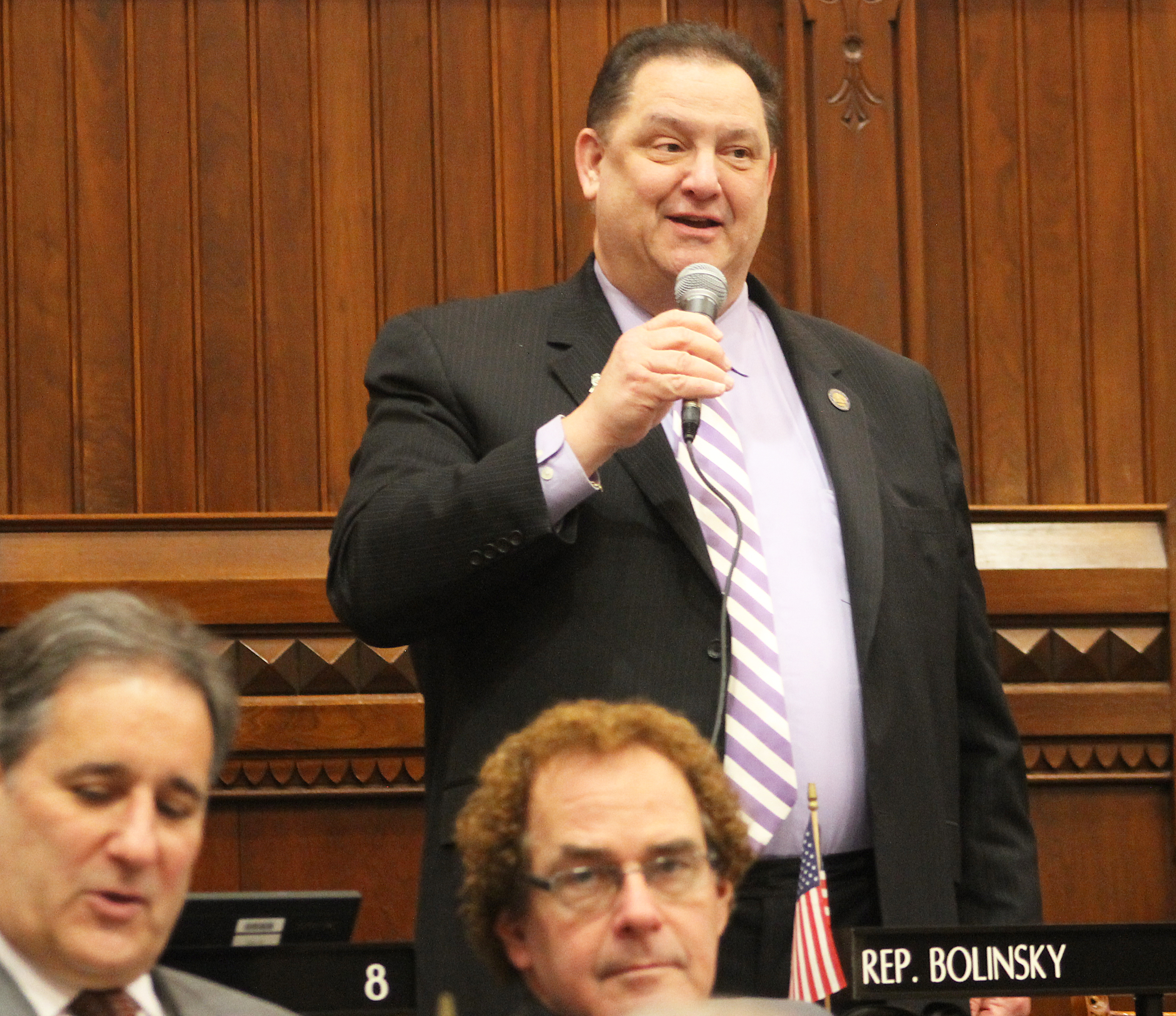 HARTFORD – State Representative Mitch Bolinsky (R-Newtown) cast an emphatic “no” on another new union arbitration award agreement for professional, state-employed managers. Despite his objections and those of 65 colleagues from both sides of the aisle, the House of Representatives approved a new arbitration agreement between the state and Deputy Wardens within the Department of Corrections that will add $579,206 of unbudgeted salary and benefit enhancements for these managers.

Rep. Bolinsky explained, “We have an out-year projected deficit approaching $1.8 billion. I do not believe this is a good time to provide substantial raises, stipends and paid time off enhancements for management-level associates and, it concerns me that the legislative majority has pushed these increased ‘fixed-costs’ onto taxpayers five times this year. This one, along with the two contracts approved in the last two weeks, and two earlier public employee contracts for Public Defenders ($3.1 million) and the Judicial branch ($434,737), add $7.5 million of additional spending to our taxpayers’ burden for management-level employees. Considering our deficits and Connecticut’s shrinking revenue pool, I objected to these awards on the basis of our inability to afford them. I think we must get a handle on our state’s finances before we push these awards onto the other 98% of Connecticut taxpayers.”

In addition to last week’s “deal” with the Department of Revenue Service’s tax attorneys ($88,012), granting an unbudgeted 11.6% in raises and sweetened benefits, opposed by Bolinsky but ratified on a party-line vote, Rep. Bolinsky also voted against an 11% increase in raises, from $6,000 to $12,000 cash stipends and benefit enhancements ($3.3 million) for Assistant Attorneys General and Department Heads, all of whom are six-figure earners.

As a member of the Appropriations Committee, Rep. Bolinsky has been analyzing and working on state budgets for his entire tenure in Hartford. According to him, there is no room within the state budget to justify these allocations and adding them to the state’s fixed costs could crowd out funding for core services, like education and support for our most vulnerable residents.

Bolinsky asserted, “I appreciate the great work of our state employees and public safety personnel but it’s important that we consider our circumstances and who really pays for agreements like these – the other 98% of taxpayers, many of whom have not seen a raise in some time and do not enjoy a no-layoff clause contract. The agreements provide pay raises to upper management in our state agencies. While the majority party in Hartford continues to approve more spending, there are too many Connecticut residents who are struggling to make ends meet. We send the wrong message by awarding highly-compensated state employees higher salaries and stipend bonuses when we have massive debt to pay down and roads to fix.”

In addition to the approval of costly state employee contract enhancements, there are other legislative proposals that would add significant cost to everyday life in Connecticut. Some of these include the implementation of electronic tolling, the creation of a payroll tax to fund a state-run family and medical leave account, and a slew of costly new tax proposals on services and goods. Rep. Bolinsky is dedicated to working collaboratively on creating a more affordable Connecticut that better serves its residents seamlessly and efficiently, spending no more than it can afford, without new taxes.