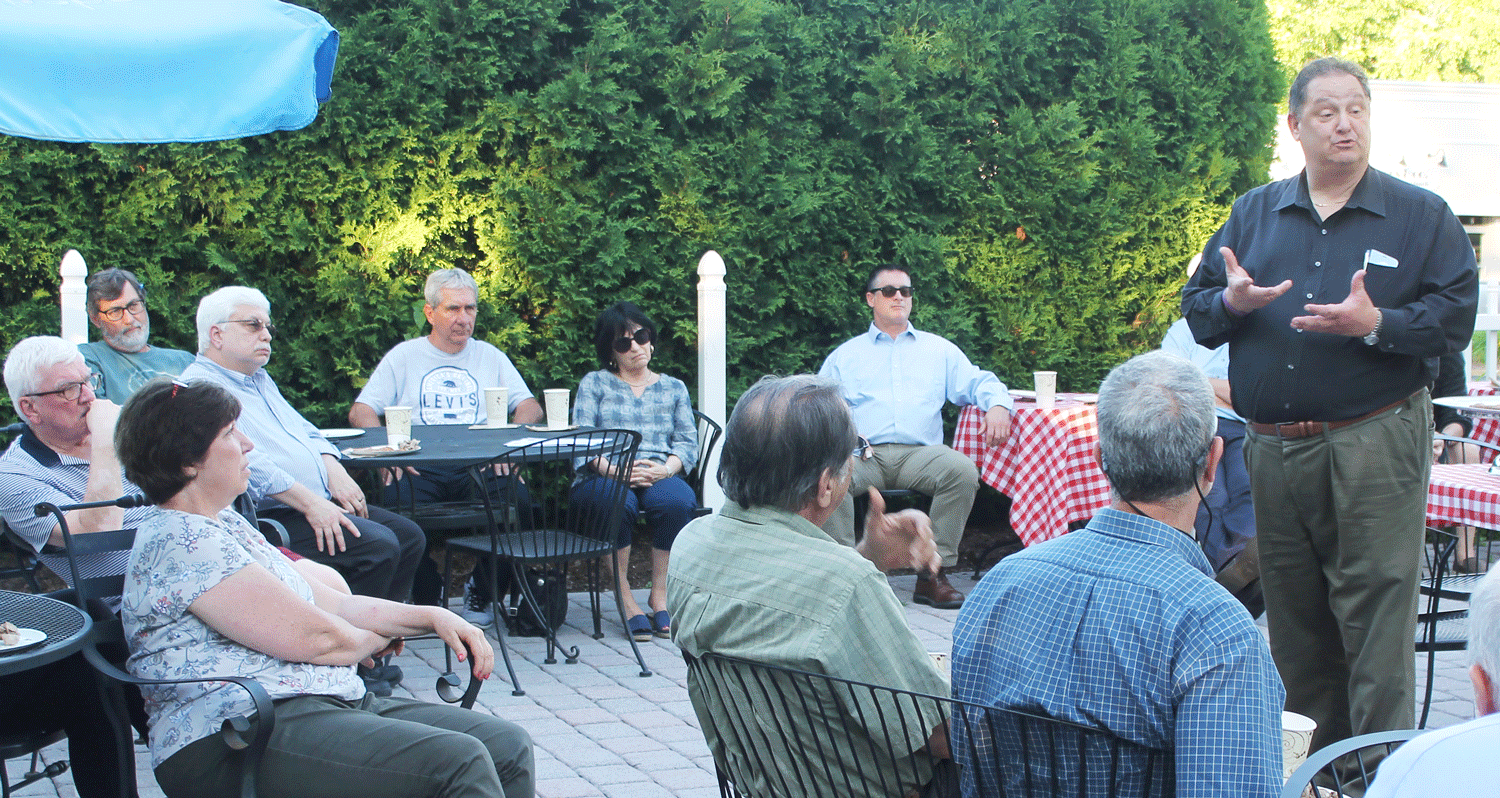 NEWTOWN – State Representative Mitch Bolinsky (R-Newtown) hosted a Pizza & Politics event at Carminuccio’s on Monday, June 17th. Bolinsky held the event in order for residents to learn about the actions of the state legislature during the 2019 Legislative Session and to give them an opportunity to ask general questions about state government. The discussion focused greatly on the state budget and flowed to other major issues such as tolls and public safety.

“This session resulted in a mixed bag of good and bad bills for the residents of Newtown. The legislature did go a long way in advancing sound public policy, such as creating greater access for those with intellectual and developmental disabilities to critical, life improving services. We also went ahead and codified the licensure of Art Therapists, a fight we have been waging for a few sessions, and provided better educational tools for teachers to better recognize dyslexia in younger students,” explained Bolinsky.

According to Bolinsky, the state did make some sound investments in healthcare and education. However, the overall direction of the two-year state budget is not representative of what the state should be focusing on.

“The budget is riddled with new taxes to provide greater revenue to support increased state spending. Taxpayers have been burdened enough and I need no other example than the treatment of transportation dollars to show the public that the government has not demonstrated the ability to be fiscally responsible,” Bolinsky explained. “The budget was approved by the legislative Democrats in the waning days of the legislative session. It sits on the governor’s desk $450 million out of balance because there were explicit savings budgeted for, but have yet to be achieved. Why? They were false numbers, claimed by the executive branch, masked as the result of union givebacks. I have serious doubts that this dollar amount will be delivered before the budgets effective date of July 1st.”

Bolinsky went on to note that there continues to be a misguided prioritization of transportation dollars, as they continue to be diverted from entering the Special Transportation Fund (STF). The implementation of electronic tolls will not change this pattern. Even a constitutional amendment has failed to keep earmarked taxpayer dollars in the transportation silo.

Other concerns brought up by residents in attendance had to do with the overall safety of the community. In essence, the legislature passed a law that impedes local police officers from sharing data with federal authorities. Specifically, this applies to one’s immigration status. If an individual is convicted of a misdemeanor, or lower, offense and is found to be illegally living in Connecticut, then that evidence is not admissible to the federal watchdogs.

“There are some pieces of legislation that passed that are real headscratchers. Punishing small business owners by mandating family leave plans and raising the minimum wage on a scale that is not conducive to the state’s economy are going to be devastating fiscal policies going forward. However, I will continue to fight against implementing an electronic tolling system, especially as the plan is written now that has funding going directly to trains and busses – not our roads and bridges. We are also not done with the state budget, so I am hoping in the coming weeks we can make it a little better for the people of Newtown,” concluded Bolinsky.

The General Assembly is expected to reconvene of the coming weeks. It is unclear whether an electronic tolling plan will come up for a vote. Thus far, it is not received the support necessary in either the House or Senate.

Rep Bolinsky loves to meet with you.  His next scheduled event will be Office Hours at the CH Booth Library on Tuesday, July 23, 2019 at 6:00PM.