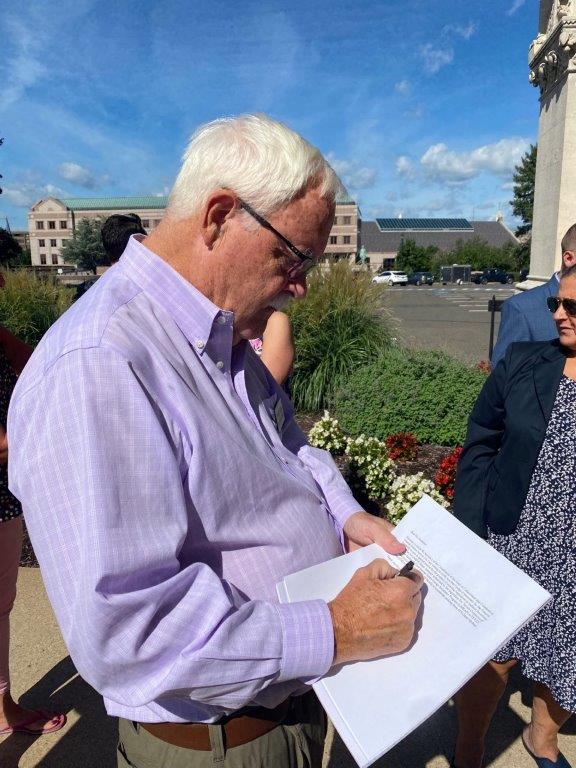 HARTFORD-  Rep. Whit Betts, R-78th, on Thursday joined his Republican colleagues in signing a petition calling for a special legislative session to address what could be a mounting crisis.

The Appropriations, Human Services and Energy and Technology committees held a joint public hearing earlier this week in which members decided to advance an allocation plan by Governor Lamont, which would result in a decrease in funding for the Low Income Home Energy Assistance Program (LIHEAP), a key resource used by low-income and working-class residents that helps them with heating assistance.

During committee meetings that followed the hearing, Republicans attempted to put forth an amendment to that plan that would have expanded funding for the program, using existing dollars that had been allocated in the state’s budget.

But the majority Democrats on the committees would not allow that plan to be introduced, so it couldn’t even be debated or put up for discussion. Despite objections by Republicans, the majority claimed that due to a procedural issue, the spending plan couldn’t be amended.

In 2008, a LIHEAP amendment was approved and we believed that we were correct in introducing a similar amendment in this case. The spending plan which was ultimately approved by the Democrat majority on the committees, reduces funding to pre-pandemic levels, while demand is increasing.

Below, you can read more about the amendment and listen to brief comments made by Rep. Betts during the meeting.

The Republican lawmakers’ amendment would have increased funding for energy assistance to prevent a devastating decrease in benefits for CT’s most vulnerable. Republican lawmakers wanted to restore federal funding slashed by Washington that state leaders have thus far refused to replenish. The Republican proposal would supplement the $79.2 million in expected federal LIHEAP funds to increase total home energy assistance to $191.5 million.

Governor Lamont has touted the state’s record surpluses that are in the billions. We could have used just a portion of already budgeted funds to replenish this program.

The Republican amendment provided an immediate solution to help families. Its goals:

In the midst of historic inflation that continues to eat into our budgets, this winter is sure to be difficult on our friends and neighbors who cannot afford home heating oil that has hit an average of $4.57 a gallon. Now, with fewer funds for this program, the coming months will be all that much harder.