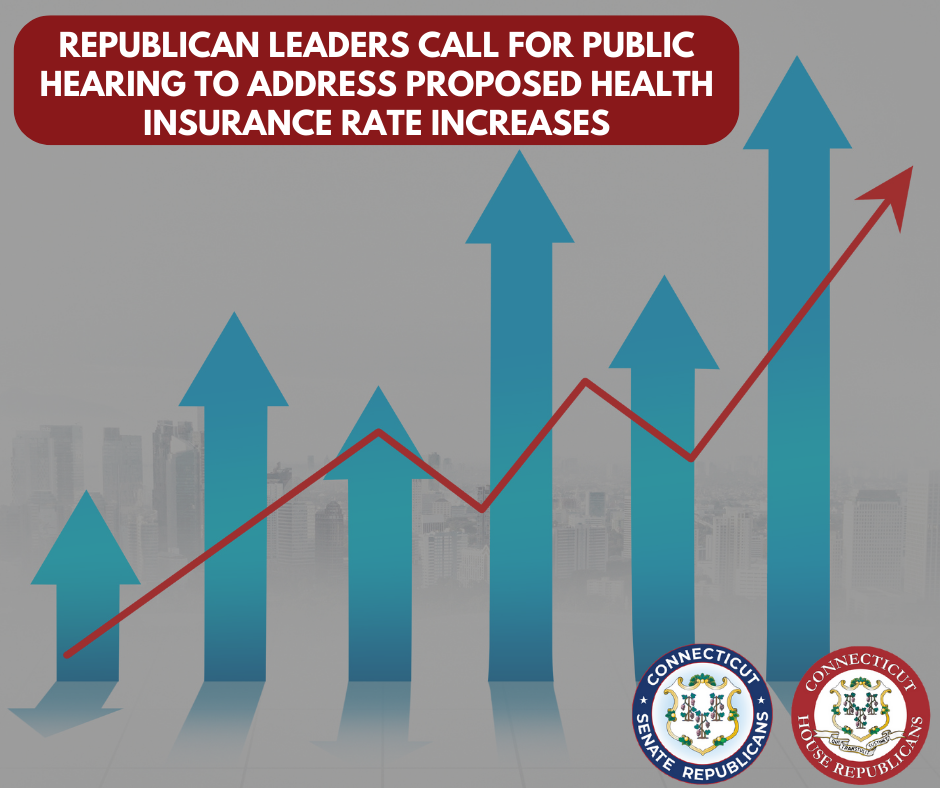 HARTFORD – Connecticut Senate and House Republican Leaders are renewing their calls for a public hearing at the state Capitol on the proposed health insurance rate filings for the 2023 individual and small group markets, which include proposed rate increases averaging over 20%.

On Monday, Connecticut Republicans wrote to legislative leaders, Governor Lamont, and Insurance Department Commissioner Mais calling on them to hold a public hearing at the State Capitol complex on the proposed health insurance rate increases. Today, as Democrats join in calls for an agency hearing, Republicans are again calling for a full public hearing at the State Capitol before the legislature. 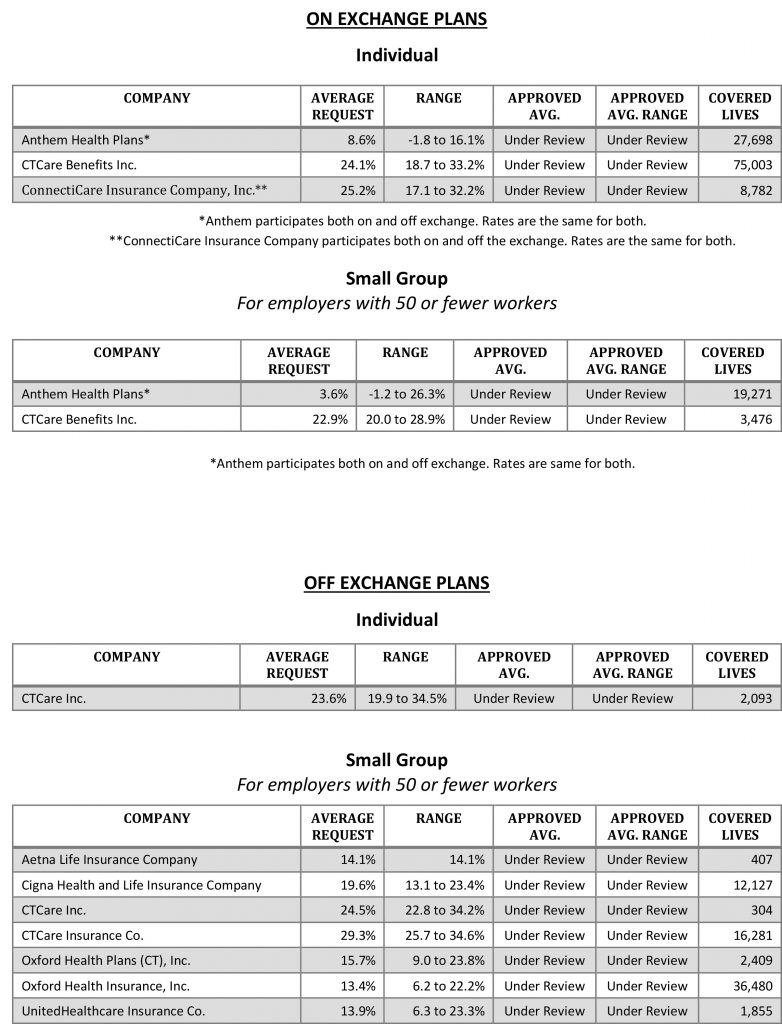 “The proposed health insurance rate increases are outrageous, unacceptable, but sadly not surprising in a state where inflation surges and those in power have rejected solutions year after year to make health care more affordable. This is yet another indication that Connecticut residents are facing financial pressure from all angles. It’s time for Democrats to come to the realization that they’ve missed the moment, and their inaction on health care and affordability for the last decade has resulted in people not getting the relief they desperately need as they face skyrocketing costs for everyday goods, services, and health care. We are pleased that Democrats too say they want a hearing on this issue, but we need much more than the typical rate increase hearings of the past where a select few gather behind closed doors in a small office before executive branch staff. We need a full public hearing at the State Capitol before the legislature and the public we represent.

“The Capitol complex fosters the greatest level of public access and advocacy. We again call on Democratic leaders to hold a hearing at the Capitol and to allow for testimony from the public during the day as well as in the evening or on a weekend for the utmost transparency and accessibility for all members of the public. We await their response, and hope they agree that this matter is deserving of the most accessible public hearing.”

“The drastic rate filings clearly show three major issues. One, inflation under our President and COVID’s impact has driven up the costs of health care even further. Two, Legislative Democrats failed to anticipate the termination of federal relief funds Republicans repeatedly warned about, which is going to make health insurance more expensive. And three, Legislative Democrats’ continued expansion of government run Medicaid has driven up health care prices for every family with private health insurance.

“Connecticut Republicans repeatedly offered plans to make health care more affordable and specifically to reduce health insurance rates by over $6,400 per year for the average family, as estimated by Access Health CT. Legislative Democrats would not even hold a vote on this proposal during the legislative session. We could have provided a reduction of nearly 30% in health insurance rates. Instead, our families are seeing proposed increases of over 20%.”

Sen. Kelly and Rep. Candelora added, “The rising costs of health care in our state have gone ignored for far too long. Connecticut is not affordable, and rising health care costs are yet another burden our families cannot take. We continue to demand action to help all families struggling to afford and access quality care. A true public hearing, at the Capitol, accessible to every Connecticut resident is needed to ensure working and middle class families have a voice in the process.”