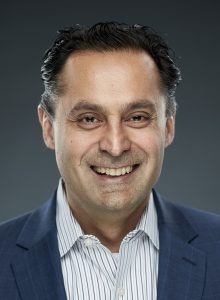 Harry Arora is the state representative for the General Assembly’s 151st District, which includes parts of the Cos Cob, Riverside, and other neighborhoods of Greenwich. He was re-elected to serve his first full two-year term in the Connecticut General Assembly, Nov. 3, 2020 after winning a Special Election in 2019 to fill the seat previously held by now-Greenwich First Selectman Fred Camillo.

Harry is the ranking member of the Labor and Public Employees Committee and he also serves as a a member of the legislature’s Energy & Technology and the Human Services Committees. The new committee assignments reflect Harry’s focus on supporting the state’s workforce which is Connecticut’s state’s most important resource and promoting policies which will help create better and higher paying job opportunities in Connecticut.

Harry has been a tireless advocate for good public policy. He is an active member of the Greenwich community and has advocated for and supported various local non profits including the YWCA, Boy & Girls Club of Greenwich, and Kids in Crisis.

An immigrant from India, Harry is no stranger to hard work or the promise of the American Dream. He came to the United States 25 years ago, became a citizen in 2004, and is driven to serving our public. Now, as a state representative, Harry works tirelessly to improve the quality of life for all Connecticut residents.

If you would like to learn more about Harry or would like to arrange a time to meet with him to discuss any state issues, please contact him using the information below.