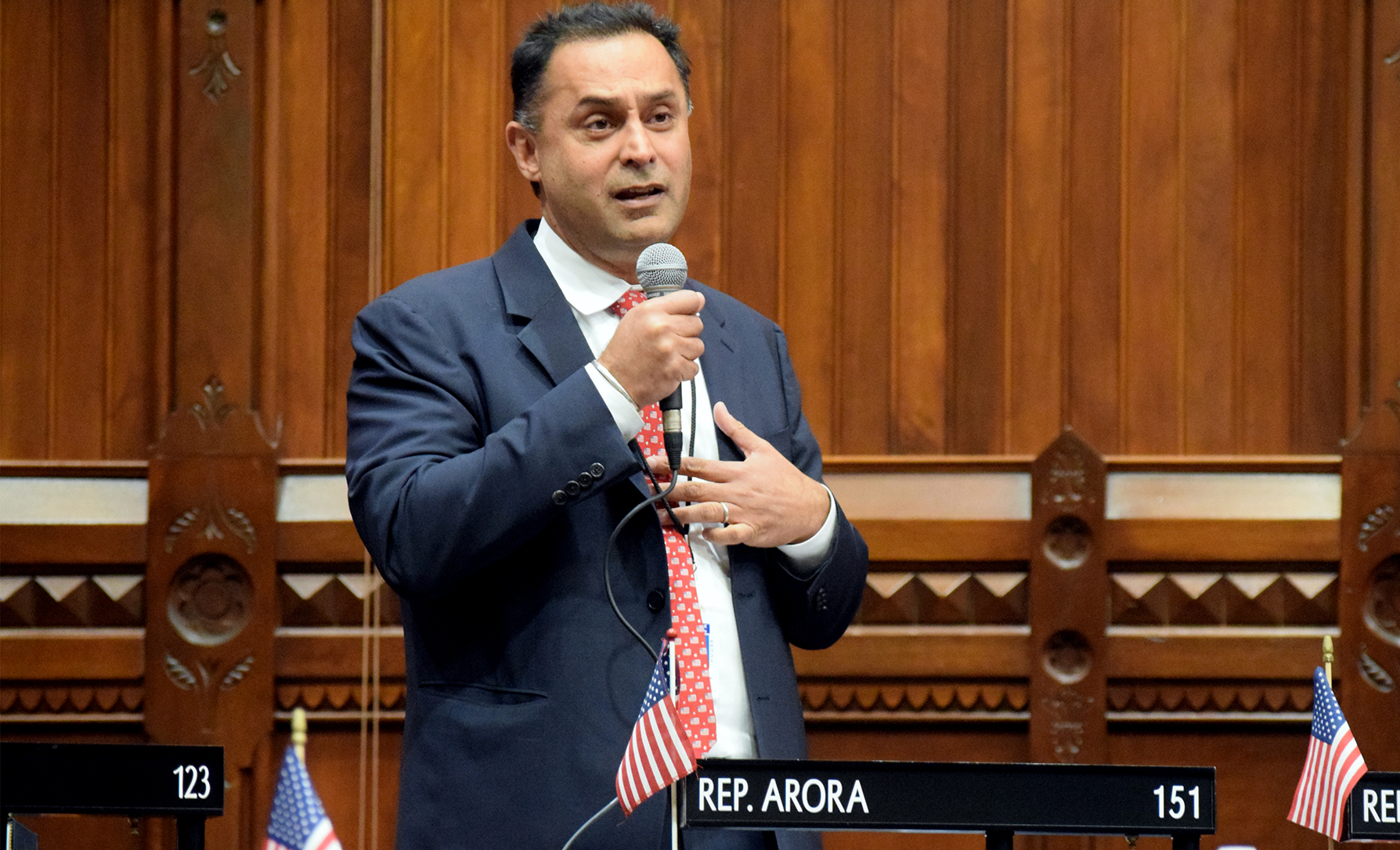 GREENWICH—State Representatives Harry Arora (R-151) and Kimberly Fiorello (R-149) joined all House Republicans and eight Democrats in opposing HB 6107, An Act Concerning the Reorganization of the Zoning Enabling Act and the Promotion of Municipal Compliance. The bill ultimately passed 84-59 and now awaits action in the Democratic-controlled Senate.

Under HB 6107, towns are required to allow accessory dwelling units on any single-home lot “as of right.” The bill would permit a municipality to override this requirement by a two-thirds vote of the town’s legislative body. In Greenwich, that responsibly would fall under the 230-member Representative Town Meeting (RTM), which would take place no sooner than 15 days following an override vote (also by a 2/3 majority) by the town’s Planning and Zoning commission.

Similarly, the bill restricts a town’s ability to require additional parking spaces as a condition for zoning approval for a new development, although the town would also have the ability to opt-out of this using the same override mechanism explained above.

The language also replaces the preservation of “character” of the town with “physical site characteristics”, which would make it more difficult for communities to preserve the historic look of neighborhoods and surrounding areas via local zoning regulations.

“The opposition from our communities in Connecticut has ensured that this bill which was passed in the House is a diluted watered down version of the original draconian zoning bill. The opposition to the damaging original bill was spontaneous and across party lines. Now, the concern is whether this is a Trojan Horse being left by those who want the state to take over control. This bill does little to address Housing affordability – it  imposes several minor state mandates on local zoning.” said Rep. Arora.

“A spate of zoning bills were brought up this session on the premise that local zoning decisions are being made to racially segregate communities,” said Rep. Fiorello. “This context outraged the good people of Connecticut from all walks of life, backgrounds, and races. Thank you to all the residents and the local zoning and land use volunteers who spoke out, lending their credibility to the cause, to explain in detail why the state mandates would NOT lead to more affordable housing, but rather to more poor decisions being made at the expense of each town’s unique characteristics, the environment, local infrastructure, and even impede the successful affordable housing efforts in place in some towns. We must stay vigilant because Hartford politicians are setting the precedent that they can — and they will try again — to infringe on our private property rights.”

“I appreciate the work our local state representatives put into making this bill less burdensome on towns. At the very least, some of the most egregious sections were removed,” said Greenwich First Selectman Fred Camillo. “With that said, I caution the legislature against pursing more overreaching zoning reforms in the future. While HB 6107 could have been much worse, I am concerned that it sets a precedent for additional oversight from Hartford. Legislators must keep local zoning autonomy in mind when crafting these bills and realize that, despite their best intentions, such pursuits could upend a local process that is already addressing most of the issues raise in this legislation, including access to more affordable housing.”

At the conclusion of the debate, Democratic Majority Leader Jason Rojas vowed to raise this issue in future sessions alluding to his preference for more overreaching state-mandated zoning reforms on Connecticut municipalities.

The 2021 legislature sessions adjourns at midnight on Wednesday, June 9.