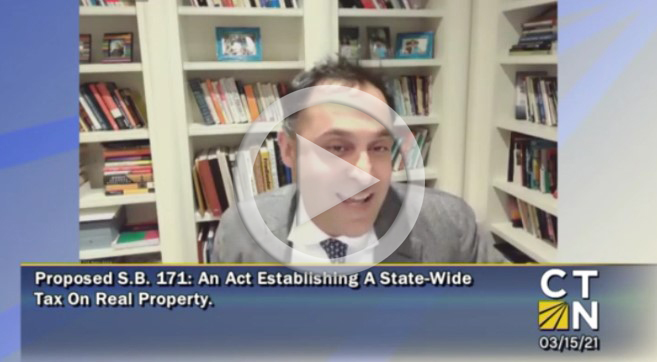 My name is Harry Arora and I am the state representative from the 151st district. I am joined today by 905 other residents from Greenwich, Stamford, Norwalk and other towns in Connecticut to testify against SB 171 “An Act Establishing a State-Wide Tax on Real Property”. As you hear me testify please visualize 905 other citizens of Connecticut, who are unable to join in person today. We represent the diverse citizenry of Connecticut – men and women, Democrats, Republicans and Unaffiliated, young and old, and people of CT who are in different phases of life with different life circumstances.

The state of Connecticut does not need another tax. The state imposes income tax, sales tax, gas tax, conveyance tax, mileage tax, business tax, franchise tax and many others. There exists no reason whatsoever to enact one more tax on our hardworking citizens. Property tax has and should always be reserved as a source of funding for local governments and school districts. The state should keep its hands out of that cookie jar. At this time, the state is receiving billions of dollars from the Federal government and will have a surplus, hence there is NO justification for this new tax.

Finally, the proponents have said this tax is small – one mil. The one mil maybe small to the proponents, but to many Connecticut residents it could be the straw that breaks the camel’s back. Furthermore, the history of taxation tells us that it is only a matter of time that one mil becomes two mills and two becomes five. Hence the right idea is to NOT impose this tax at all.

This bill has no support from the people of Connecticut. While 905 of us stand before you today in opposition of this bill, our survey shows that 90% of our citizens across party lines oppose this bill. If this committee or the General Assembly passes this bill into law, you will be passing a law which is opposed by most of our voters.