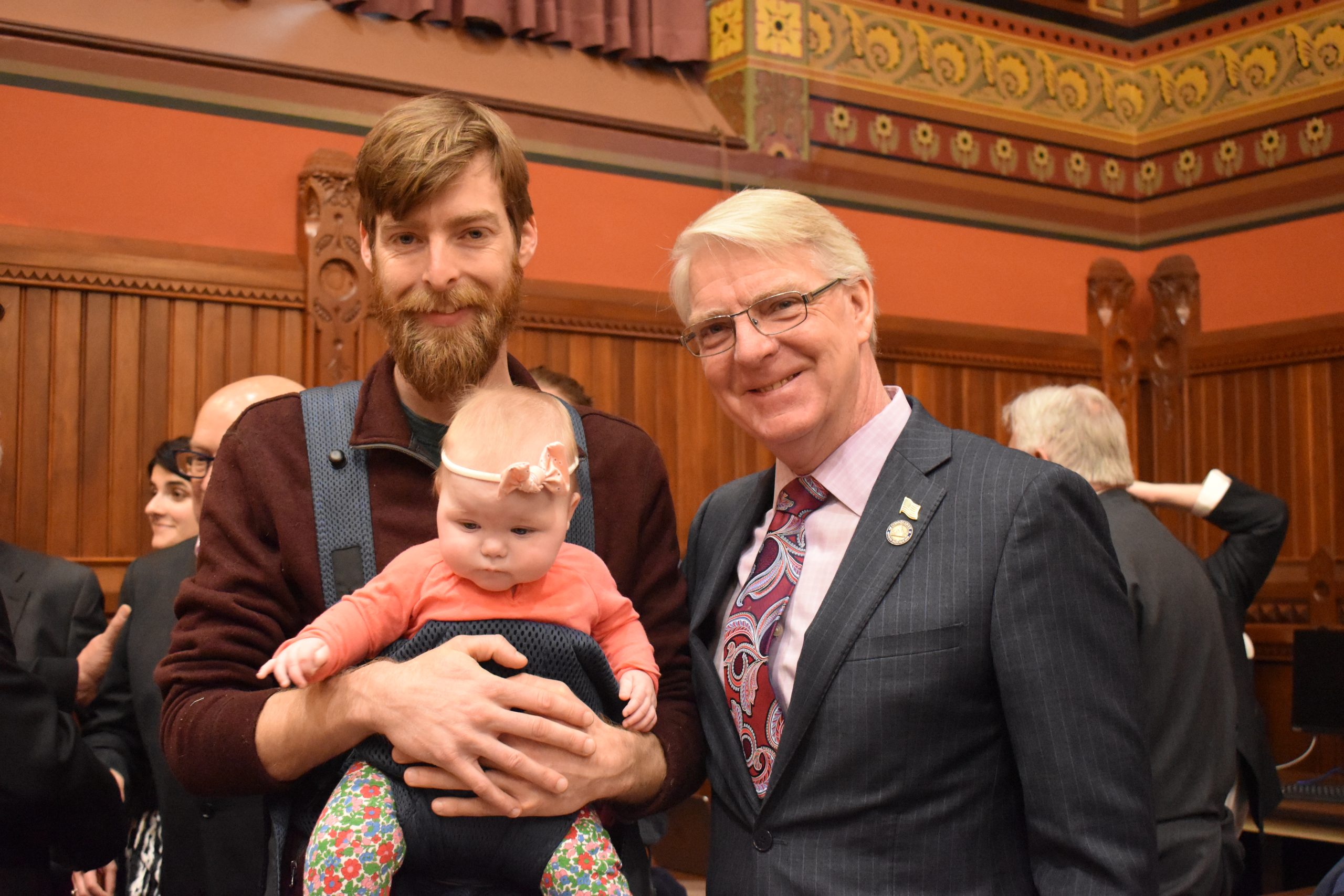 (HARTFORD) — On January 4th, State Representative Tim Ackert (R-8) was officially sworn in at the opening-day ceremonies of the 2023 Legislative Session. Additionally, each member of the General Assembly also received their legislative committee assignments and ranking member appointments.

Aside from his responsibilities as Deputy Republican Leader At-Large, Rep. Ackert was also appointed Ranking Member on the Labor and Public Employees Committee and will also be serving on the Energy Committee and General Law Committee. The role of a Ranking Member is to serve as the leader of the minority party in committee meetings and collaborate with Committee Leadership in proposing bills and legislation.

“It was great to be back in-person at the House Chambers for opening day,” said Rep. Ackert in a statement. “I was pleased to have my son, Travis, and my granddaughter, Rory, at the Capitol with me today, which really allows me to form a powerful perspective on my role as a legislator. I look forward to continue serving the residents and families who work hard to provide for the future generations in our state; emphasizing interests on both sides of the aisle that provide strong economic development and job growth opportunities for years to come.”

Upon entering the 2023 Legislative Session, Rep. Ackert’s 8th House Assembly District will now contain portions of Bolton and Lebanon, as well as the previous towns of Tolland, Columbia, and Tim’s hometown of Coventry, CT.

The 2023 Legislative Session will continue until June 7th, 2023, and resources for how to track bills, follow the legislative process, and mark vote tallies can all be found at the General Assembly’s website: www.cga.ct.gov.

To contact Rep. Ackert, please visit RepAckert.com or email the representative with any questions or concerns at Tim.Ackert@housegop.ct.gov.