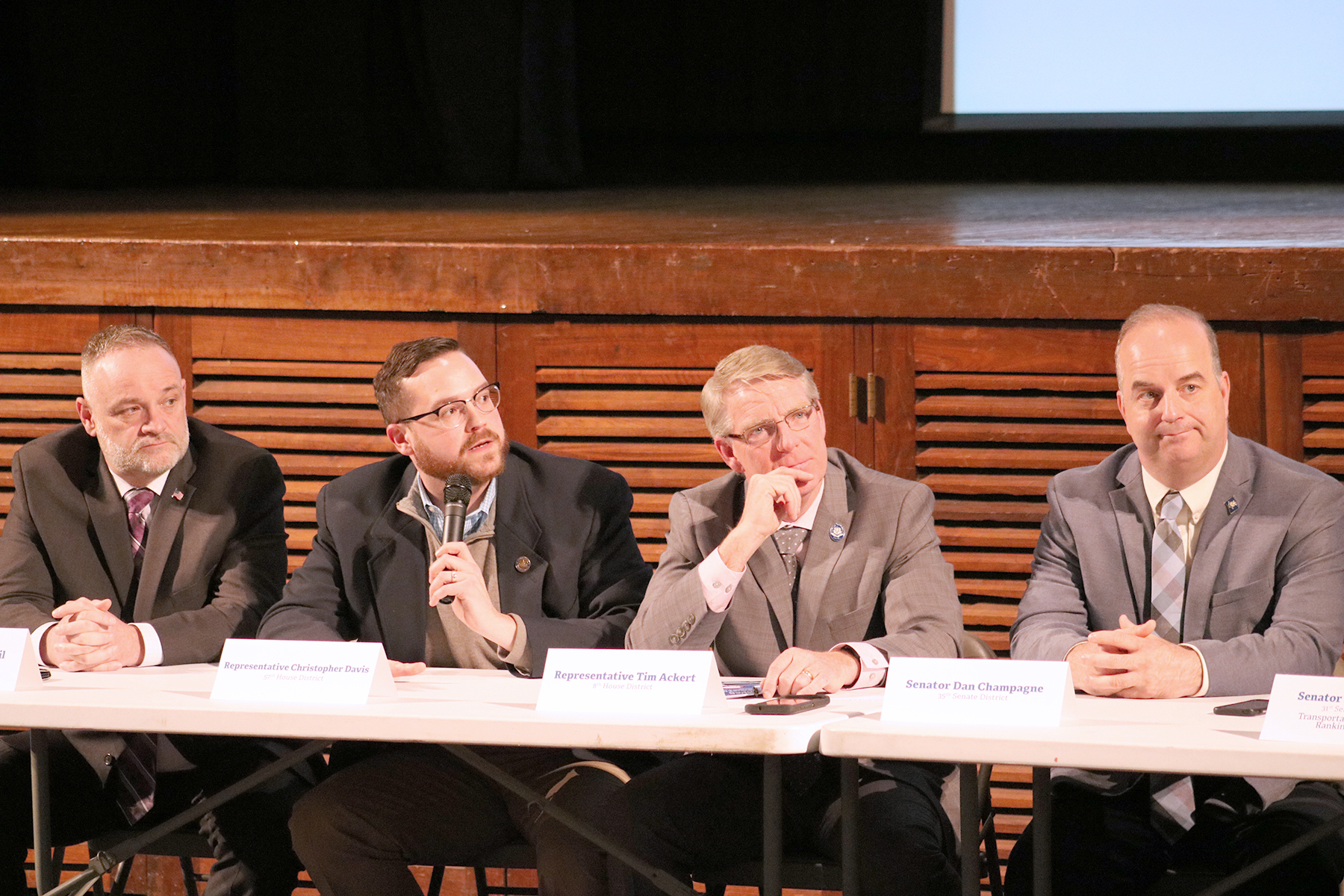 “The proposals put forward would be a huge tax increase on already burdened working families and local businesses. Commuters traveling on I-84 and I-91 would have to spend hundreds of dollars more each year on transportation costs. Our state is unaffordable for working families, seniors and small businesses, installing tolls is a huge step in the wrong direction,” said Rep. Ackert. “Connecticut needs to rebuild its competitive advantage, I can remember a time when people flocked to our state because we didn’t have an income tax.”

The majority of residents in attendance expressed their opposition to tolls. Current proposals include 50 toll gantries placed on I-95, I-84, I-91 and every six miles on sections of the Merritt Parkway. Toll rates could vary by time of day, level of traffic congestion and vehicle size. These tolls would raise an estimated $1 billion per year with over 60% of the revenue coming from Connecticut drivers.

“As proposed, these tolls are just another tax on our already over taxed residents. We need to focus on lowering our cost of living, not raising taxes or making it more expensive for people to get to work or buy necessary goods,” commented Rep. Davis. “Tolls are far from a done deal, and I would urge everyone to make their voice heard.”

Rep. Devlin and Sen. Martin explained at the forum that the Republican Prioritize Progress Plan is our alternative to tolls and works within current state resources to provide $65 billion for transportation infrastructure projects over the next 30 years. Last year, the bipartisan budget lawmakers placed a cap on state bonding and the plan operates within Connecticut’s new bond cap, borrowing no more than allowed under the cap. The tolling proposals from the Governor and legislative Democrats also include bonding to construct the infrastructure needed to collect tolls, with bonding secured by future toll revenues. To view the full Republican Prioritize Progress plan, please visit www.cthousegop.com/tolls.